The purpose of TL pipeline construction is principally facilitating the assembly of straight pipe sections and fittings, as well as cutting the costs through reducing assembly time and number of cable couplings. 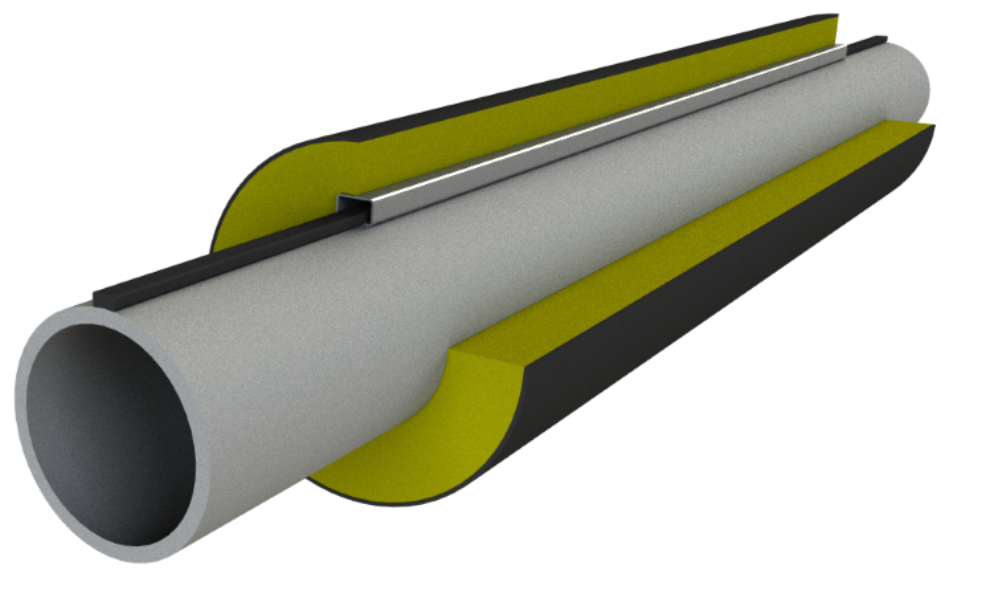 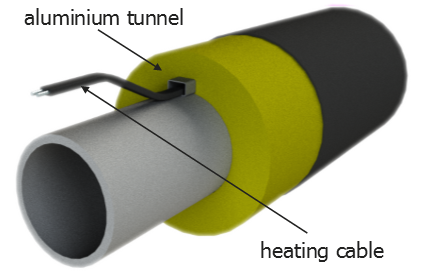 In the TL variant, the elements were equipped with an aluminium gland/tunnel for cable installation after assembling straight pipe sections. The ends of the aluminium tunnel were appropriately chamfered to avoid damaging the cable when slotting.
In the TL+ variant, also the fittings (elbows and bend fittings) are also equipped with a cable gland of a circular cross-section, which allows for eliminating couplings where the pipe bends. This version is available for bigger diameters of carrier pipe.
An important feature of this solution is large area of heat transfer where the carrier pipe touches the tunnel wall. Thanks to adjusting the tunnel wall to the carrier pipe, air spaces, which are a huge thermal resistance for the heat transferred between the aluminium tunnel profile and the carrier pipe wall. 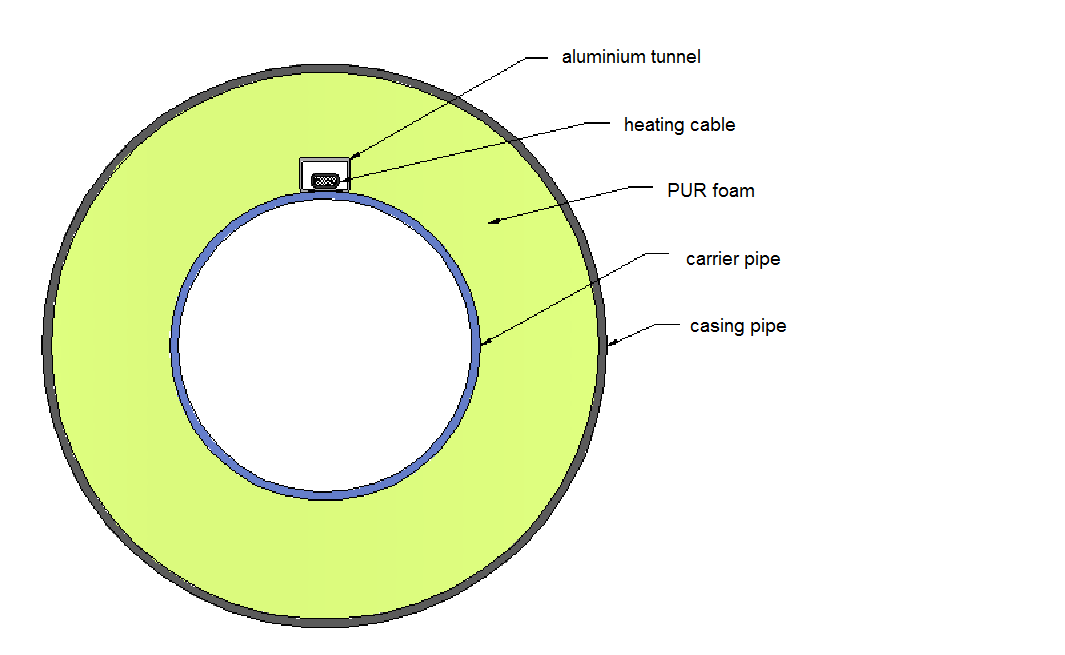 Advantages of a pipeline with a TL cable

Thanks to the possibility of installing a heating cable in an aluminium tunnel, straight pipelines consisting of several six metre long sections can be equipped with a heating cable in one section without the necessity of couplings on each section of a six metre pipe. After assembling and correct fitting of the pipeline, the heating cable is pulled through the aluminium tunnel along the entire straight pipeline section. Maximum cable length depends on the parameters and manufacturer’s guidelines. 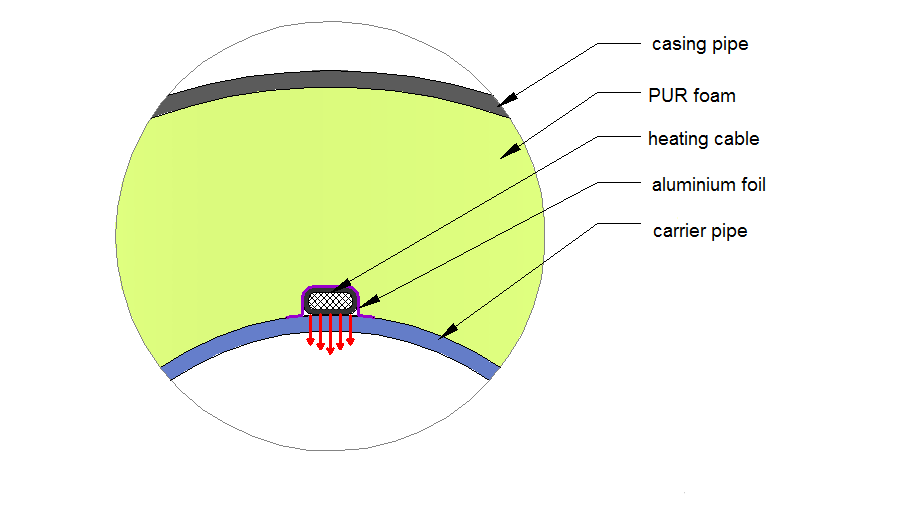 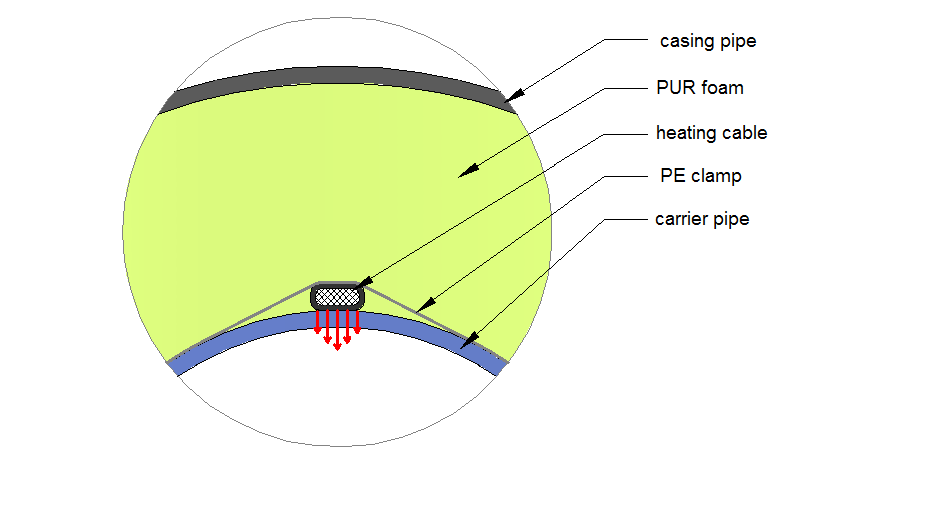 Cable guidance in an aluminium tunnel 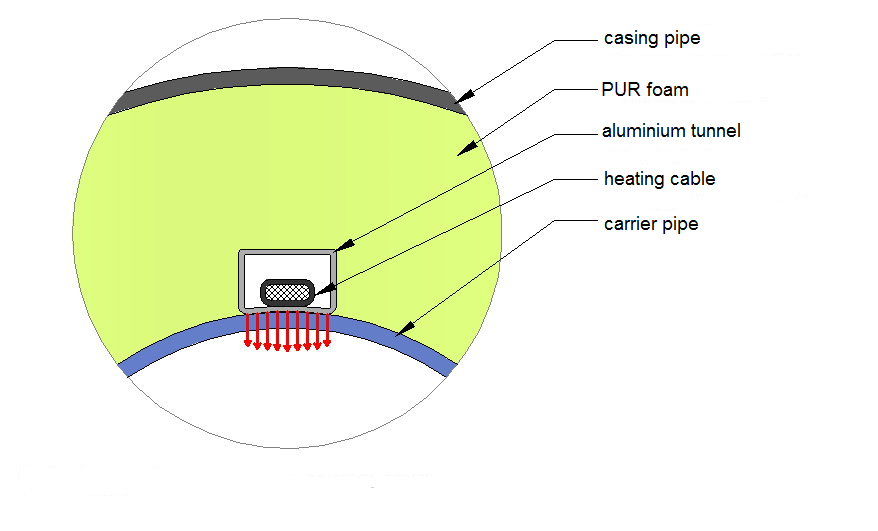